Hurricane Saint Jude was (for me at least) the premature ejaculation of meteological events.

My Polish colleague put the “Storm Of The Decade!” into a more realistic context when he cycled to work on his bicycle whilst the ‘storm’ was still tailing off.

The sensationalist BBC news site went to great lengths to create parallels between ‘Saint Jude’  and the 1987 storm (110mph winds!) that brought trees down in their droves within my local area.

As far as storms go, I was rather disappointed with Mondays effort? In fact, I’ve probably had more impressive curry farts?.

This is quite literally the only tree that fell over in my local area following the arrival of hurricane wannabe ‘Saint Jude’.

I actually suspect that it was facing criminal proceedings due to Operation Yew Tree and commit suicide before trial? 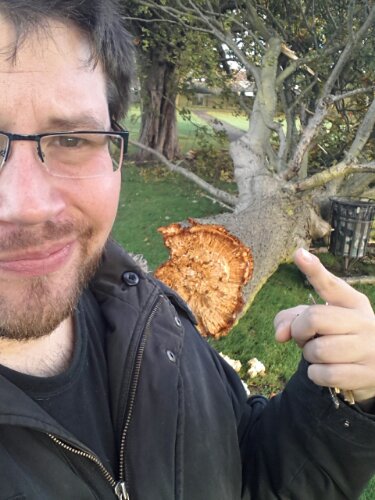 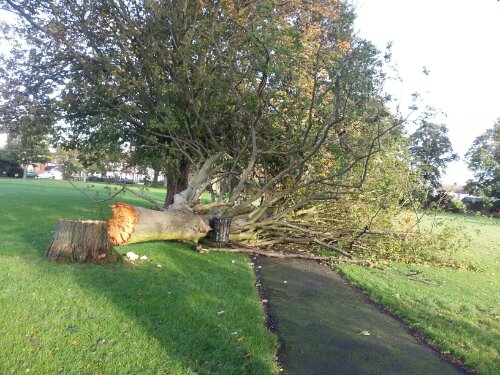