Went to the EGX Eurogamer Expo at Earls Court yesterday; think it was the busiest one I’ve attended over the years.

Heard some foreign languages and accents this year too; it really has grown from the rag tag collection of games several years ago that’s for sure.

That said, I was disappointed with the expo this year.

Dragon Age Inquisition had a 2.5 hour waiting time to play games, all because they only had 8 consoles; I have pre-ordered this game and was looking forward to a hands-on preview.

From what I did see, the game looked amazing with great visuals and smooth gameplay.  Guess I’ll just have to wait…..

Bioware should have managed this better, especially when you look out from the balcony next to the Dragon Age section and spot the obscene use of space for Call Of Duty…..I wish that franchise would just die already.

Battlefield Hardline was a lot of fun to play, although it did feel like there was a an over balance of vehicle combat (just run people over in cars) and I hope they fix that.

Elite Dangerous looked amazing, would have liked to see a running demo where you could freelance as opposed to the dog fighting demo they were showcasing.  Still, that took me back to my BBC Acorn Electron days!

The Batman Arkham Knight preview was my first experience of being in a mini movie theatre watching video game footage; the guy providing commentary whipped up a frenzy amongst the fan boys, screaming about how Batman could remote control the Batmobile during the game.

I might be a geek, but I’m not in the league of people who clap because Batman can daisy chain grapple hooks during his ascension of Arkham.

I loved the look of the game; but there is something very annoying about the voice of the Arkham Knight and I can’t wait to smash his face in.

The cosplay twats were out in force again; I was told the scene was dying out when I visited Shibuya on a Sunday afternoon in October 2005.  Someone should tell all the idiots who turned up wearing the same Assassins Creed outfit…..uber fail cunts!

Nintendo had a pretty paltry showing considering the amount of new games they have coming out AND now that the WiiU is starting to get a little momentum going in the market.

I thought Yoshis Woolly World had plagiarised Little Big Planet (one console to try) a bit having a knitted character (like Sackboy) and wasn’t that impressed with the format;  whereas I can only praise the developers of Little Big Planet 3 (a dozen consoles to play) for their innovative game.

I honestly think the organisers were greedy and sold far too many tickets compared to the amount of opportunities you had to play the games.

Why was the Indie section so tucked away this year; that was a shame?

Why was the Nintendo stage limited to two tired geeky presenters who were stalling for time in between asking silly questions for prizes and organising Hula Hoop competions?  It was amateurish like being back at Pontins.

Why have security when they don’t read your ticket credentials or inspect your bags anymore?

Why do they let call of duty have so much exposure for such a small amount of product (think that sums up the Games too)?

Why do you allow Game to peddle their wares at such ridiculous prices?

Sort it out Eurogamer you flids! 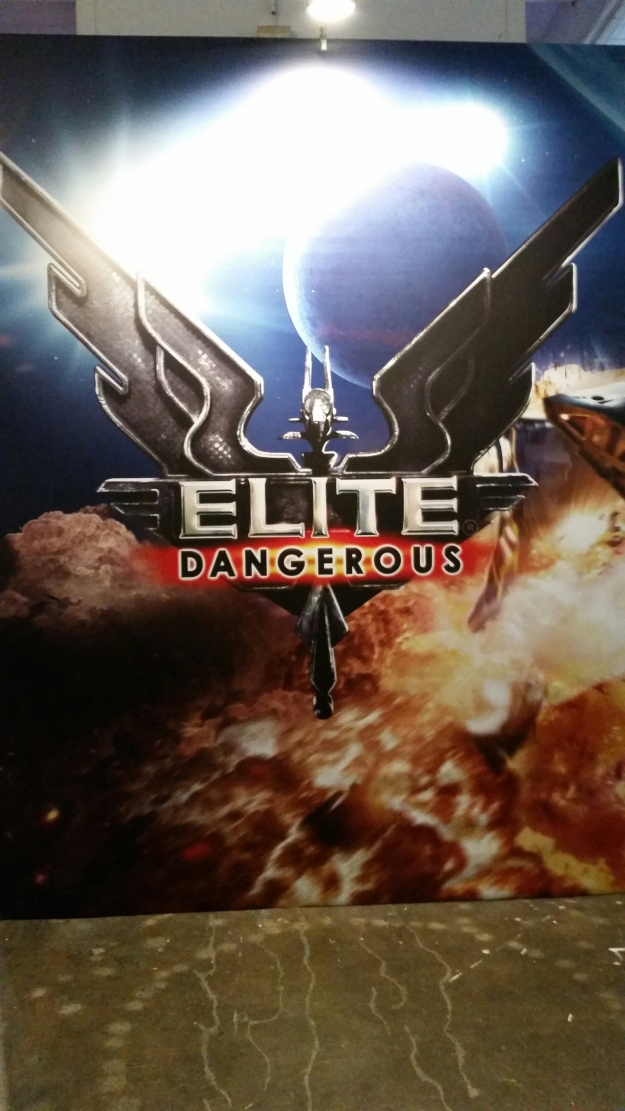 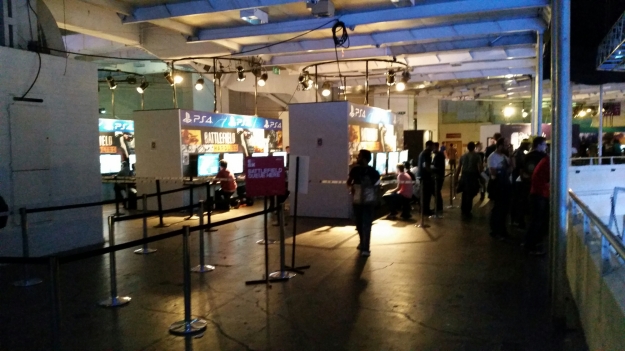