As a wannabe musician, I absolutely envied Kula Shaker’s unique fusion of Indian culture and psychedelic rock during the Brit Pop era of the 90’s; it was inevitable and somewhat cliché that I identified with the Hari Krishna public schoolboy converts on a major scale during my Joe Daki self-discovery teenage years for obvious reasons.

I never got to see them in their hayday because I was so often in the States when they toured; so I knew it was probably my last opportunity to see them play live following the recent release of their new album, K2.0, which conveniently coincides with the 20th anniversary of their debute album K.

K2.0 is a fitting successor to K and I thought the band sounded fucking excellent tonight as they belted out tune after tune with great energy and flawless performing.

The sight of Camden Roundhouse, packed to the rafters with Caucasians ‘singing’ along to the song Govinda in Hindi gibberish will remain with me until I forget it completely; in fact it made me think of Mark and Lard’s cover of Tattva back when BBC radio 1 was entertaining. 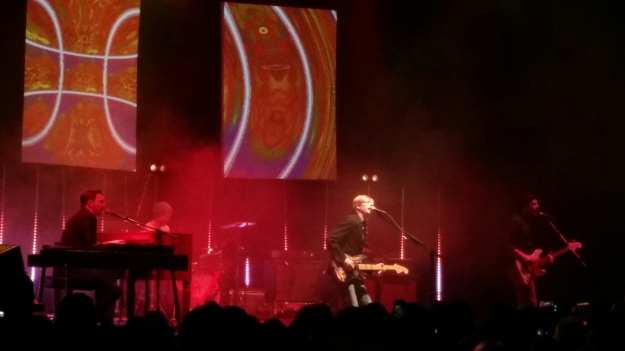