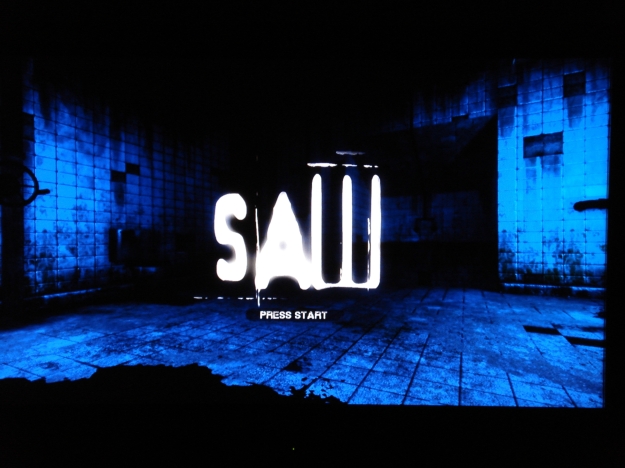 I’m something of a latecomer to the Saw film franchise and was only introduced to the world of Jigsaw last week when I watched the 1st and 2nd films back to back; I enjoyed them both so much that I also spent this Saturday totally engrossed in the 3rd, 4th and 5th installments. Nice one for the recommendation Ang!

For me the films aren’t JUST about the gore or the traps for which they are infamously known, personally I enjoyed witnessing the transition of John Kramer from terminal cancer patient to becoming the films lead protagonist and a serial ‘killer’; Jigsaw.

A terminal diagnosis and losing an unborn son result in Kramer eventually attempting to take his own life on two occasions, both are unsuccessful and result in a life-changing epiphany; Kramers rebirth is complete and Jigsaw is born. Kramer decides to dedicate the remainder of his life by capturing and testing the immoral and those he feels have devalued their own lives into playing deadly games which ultimately offer retribution; but at a high price.

The xbox 360 game puts you in the place of Homicide Detective Tapp (Danny Glover’s character from the first film) whose obsession into catching Jigsaw becomes his own undoing; as the introduction kicks in you immediately know that the game means business because you awake to find that you are wearing the same reverse beartrap device which is seen in the first film. You are given 60 seconds to remove the helmet, or your face explodes.

The controls of the game are very intuitive, from the reaction button prompts which you have to hit in sequence in order to remove the reverse beartrap to the overal control of the character from when you escape it’s clutches.

The look of the game is also quite brilliant, totally recapturing the dirty, macabre and dilapidated industrial surroundings that are synonymous with the films; the lighting, colours and mood of the game are absolutely spot on; I loved how atmospheric the lighting becomes when you use a zippo lighter to illuminate certain areas in the game.

I would have no hesitation in drawing a comparison to ‘Silent Hill’ in the way the game oozes atmosphere, but in many ways ‘Saw’ is far more disturbing because it attacks your senses straight from the beginning; no sooner are you out of the initial bathroom you’re then confronted by the distant cries of a man screaming for help before being thrust into another ‘game’.

Puzzles that I encountered within the first 30 minutes or so were nicely thought out, not too easy, not too hard; I expect the games difficulty will increase as you go. I also really enjoy the way in which Jigsaw ensures that other ‘players’ will seek you out when you find that he has implanted a key into your body which is required for the others to escape.

The combat in the game nice and simple too which is refreshing; although I loved the ‘Silent Hill’ games, I often felt the combat could have been a bit better sometimes within the franchise.

I expect that I’ll be spending a few evenings helping Detective Tapp search the abandoned hospital for Jigsaw with the aid of his flickering zippo lighter and a trusty bit of pipe; I’ve embedded a bit of footage below which will give you a brief glimpse at the game. Try not to laugh where I had problems getting the doors to close on the toilets!

HINT – The 1 in the combination is actually a 7!

And so we come to it, Microsoft has been carrying out out it’s annual ‘ban wave’ over the last couple of weeks; designed to target the modified console community (or pirates to those in the media) just before the biggest game of the year comes out; oh yes, and Christmas. Pfffftttt.

As per usual, you get the mass media hype saying how pirating is damaging the gaming industry; personally I’d say the damage was done years ago by Sony and it’s aggressive surge into the market but there you are. Alas, I can appreciate how pirating games is naughty, but I can also understand why it brings out a rebellious streak in some who people prefer not to pay £50 a game each time.

What will this mean to those who have had their consoles banned from playing on xbox live? Well, after talking to my friends who have been caught had their legs slapped, I’m of the impression that most will go out and buy a new machine, keep it legit and buy only the very best games to play online; the new Call of Duty – Modern Warfare 2 game for example.

Most would probably keep the modded xbox for playing copied games offline and still save a significant amount of money in the long run by doing this. Not a big deal really when you look at it like that is it?

So what have Microsoft gained by doing this? Was it ever about piracy? I don’t really believe it was personally. Who will suffer? US games developers probably because there’s sod all development left in the UK now.

No, I personally think that this is more about Christmas sales figures, the Nintendo Wii and Slim PS3 have all been flying off the shelves lately, so Microsoft has to get their console sales figures up. What better way to do it than through a ban wave and look to be addressing a piracy issue at the same time? What would be more damaging for the Xbox, 1/20th of it’s online users having modified boxes, or slipping down in the console ranks?

What will I do? Lets just say I intend on writing quite a few ‘early’ game reviews on Antikrish should I have the time 🙂