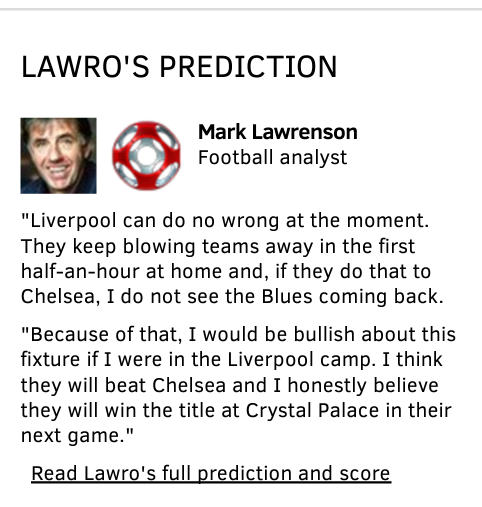 I feel compelled to write about today’s FA cup game between Manchester United and Liverpool; I am appauled by what I have just witnessed live on television.

I wasn’t sickened by the final result (United lost 2-1 despite out-playing Liverpool for most of the game; but that’s cup football), but rather the way in which the crowd set about treating Patrice Evra from kick-off.

The British media are largely to blame for this retaliation in my opinion because they have printed articles all week suggesting that it was perfectly acceptable for Liverpool fans to boo Patrice Evra, but not call him the unnacceptable racist names that Luis Suarez was banned for.

The tens of thousands of people who booed Evra did so because they took exception to the way he was brave enough to confront racism during a game of professional football.   There is no other explanation?

Lets face it, the thousands booing Evra might as well have put on Ku Klux Klan sheets and burned crosses with the way they jeered him today?  This was DEFINITELY not the ‘rival club banter’ that the pundits tried to pass it off as and everyone that booed are as guilty of racism as Suarez.

Liverpool FC acted irresponsibly and without class during the whole Suarez affair; I think the way they produced t-shirts to publically support Suarez was disgraceful given the gravity of what Suarez had done; he knew perfectly well what he was doing when he called Patrice Evra what he did.

Ultimately, it all boils down to the fact that football is still as institutionally racist as it was when I was a kid.  The ‘Respect’ campaign now appears to be fantastically hollow because Suarez should have been banned for life and Liverpool FC should have been fined/banned/punished for acting irresponsibily in their continued support of him.

We are to believe that racism is being stamped out of the modern game and that it is a far cry from what I used to see in the 1980’s;  in reality, we have very powerful people with ulterior motives employing an underhanded campaign of smoke and mirrors, purely to distract people from the fact that racism is clearly as prevalent as ever before?

The picture, taken from live TV footage from today’s game says it all!!? 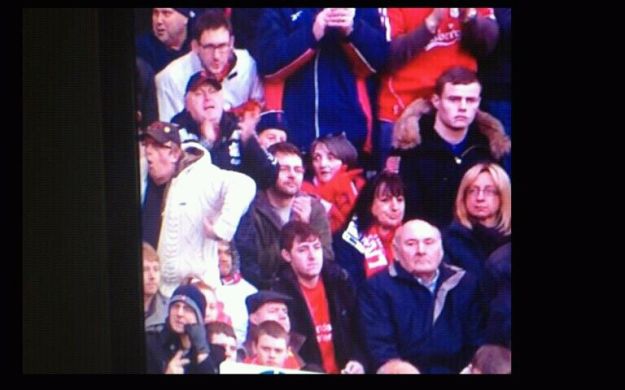